Home   |   Where does FGC happen?   |   Kenya
View all regions
View all countries

Type I and Type II of female genital cutting (FGC) are most widely practised in Kenya. Type III is also practised in far eastern parts of the country, along the border with Somalia.

Source: UNICEF, based on DHS 2014, UNFPA-UNICEF

The majority of girls are cut between the years of 12-18. However, there is a trend towards a lower age average of 7-12 years.

Although the majority of FGC in Kenya is carried out by traditional practitioners, the percentage of procedures performed by health providers is increasing.

According to a 2020 UNICEF report, most people in Kenya support abandonment of FGC, and the practice is less common than it was 3 decades ago. Nonetheless, it says, eliminating the cut by 2030 across the country requires additional efforts.

The UNFPA-UNICEF joint programme reports that FGC traditions in Kenya are rapidly changing. In Phase II of its programme (2014-2017), over 11,000 communities made public declarations of FGC abandonment involving more than 8.3 million individuals.

Implementation and enforcement of the national law remain a challenge, due to lack of resources and difficulty accessing remote rural areas. Judges are reluctant to apply the sentences provided for in the law, and sentences are regularly reduced or quashed on appeal.

The highest prevalence is in Kenya’s north east region (97.5%).

FGC is practised among 30 of Kenya’s 40 ethnic groups: 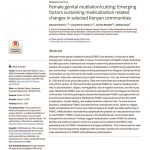 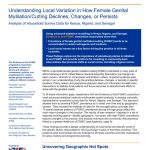 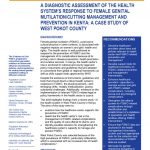 A Diagnostic Assessment Of The Health System’s Response To Female Genital Mutilation/Cutting Management And Prevention In Kenya: A Case Study Of West Pokot County 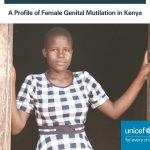 A Profile of Female Genital Mutilation in Kenya 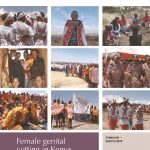 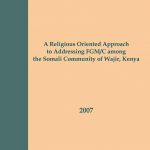 A Religious Oriented Approach to Addressing FGM/C among the Somali Community of Wajir, Kenya 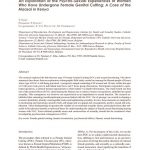 An Exploration of the Psycho-Sexual Experiences of Women Who Have Undergone Female Genital Cutting: A Case of the Maasai in Kenya 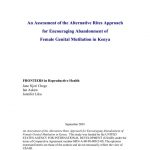