Home   |   Where does FGC happen?   |   Chad
View all regions
View all countries

The most widely practised form of female genital cutting (FGC) in Chad is Type II. Type III is also practised in the eastern part of the country in areas bordering Sudan.

46.7% of women aged 15-49 who have undergone FGC in Chad were cut between the ages of five and nine.

Almost all girls who have undergone FGC in Chad were cut by traditional practitioners.

Legislation is not enacted or enforced.

According to the UN Country Report on Human Rights Practices for 2017, no cases were prosecuted by the Chad authorities during the previous year.

There is considerable resistance to the proposed laws on FGC in Chad. No national strategy or action plan is in place and the government has focused on raising public awareness against the practice, rather than on enforcement.

Campaigners are concerned that girls from neighbouring countries may be brought into Chad to undergo FGC and avoid prosecution.

FGC in Chad crosses ethnic and religious lines as it is practised by Christians, Muslims and Animists in roughly equal proportions. The prevalence of FGC among Muslim women aged 15-49 is 50.4%, compared to 40.1% for Catholics and 14.9% for Protestants. 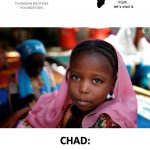 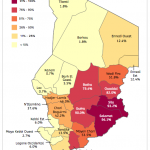 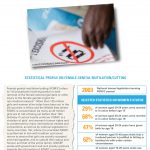 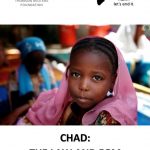 Chad: The Law and FGM 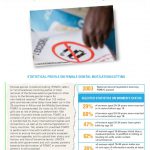