Home   |   Where does FGC happen?   |   Denmark
View all regions
View all countries

Unknown. There have been no national studies into female genital cutting (FGC) in Denmark.

Anti-FGC organisation Intact Denmark estimates that 20,000 women in the country could have undergone FGC, or may be at risk of undergoing the practice.

Female genital cutting (FGC) is not indigenous to Denmark, however there are reports of immigrant, refugee and diaspora communities in the country that practice FGC.

Unknown. The type of FGC practised by communities in Denmark is likely to be varied, depending on the traditions of the ethnic group/country of origin that surround cutting.

Unknown. Girls from different communities could undergo FGC from birth, approximately up until the age of 16, depending on the traditional age of cutting within a specific ethnic group.

Unknown. Girls may be at risk of undergoing FGC within Denmark, although there are no known reports of this, or girls could be at risk of being taken overseas to undergo the procedure. This is also known as “vacation cutting”. 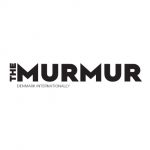 Women in Denmark remain at risk of FGM, Murmer, November 2018 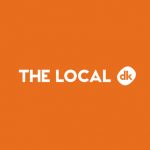 Denmark
Share this page:
Donate now, we need your help