Home   |   Where does FGC happen?   |   Ethiopia
View all regions
View all countries

The most widely practised forms of female genital cutting (FGC) in Ethiopia are Type I and II. Type varies according to ethnic group, with Type III common in areas bordering Sudan and Somalia.

Girls in Ethiopia undergo FGC throughout childhood. Half of girls and women aged 15-49 underwent FGC before they reached the age of five (49%) while 22% underwent FGC between the ages of five and nine.

FGC in Ethiopia is performed by traditional practitioners. They account for 98% of FGC cases among girls aged 0-14.

Illegal. Legislation banning FGC was brought in in 2004, although prosecutions are rare.

The UNFPA-UNICEF Joint Programme interventions are located in two regions of the country where prevalence rates are highest: Afar and Southern Nations, Nationalities and Peoples’ Region (SNNPR). In the second phase of this programme (2014-2017), 11,851 communities made public declarations of FGC abandonment involving more than 900,000 individuals. The UN reports that the vast majority of girls and women, as well as boys and men, think FGC should end. The lower prevalence among younger women suggests that the practice is declining.

Public information is limited. Although the number of arrests have increased, very few FGC cases appear to proceed to court in Ethiopia. More often, cases would seem to be handled through local, traditional justice systems.

Although FGC is practised across Ethiopia, it is particularly prevalent in two areas: The SNNPR and Afar, where the prevalence rate is 91%.

Ethnicity is a major factor. The practice of FGC is non-existent among certain ethnic groups and universal in others, such as the Amhara, Tigrayan, Gurage, Oromo, Shalink, Afar, Somali and Harari. 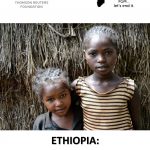 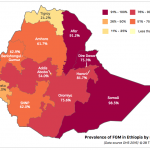 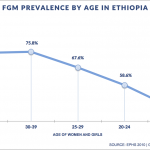 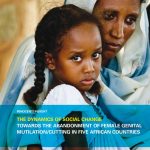 The Dynamics of Social Change: Towards the abandonment of FGM/C in 5 African countries 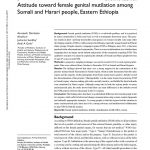 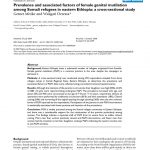 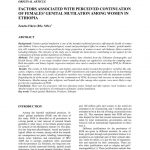 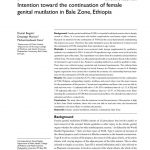 Intention toward the continuation of female genital mutilation in Bale Zone, Ethiopia 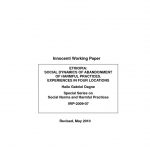 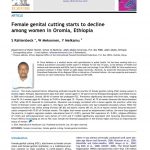