Home   |   Where does FGC happen?   |   Liberia
View all regions
View all countries

The most widely practised form of female genital cutting (FGC) in Liberia is Type II.

The majority of girls in Liberia are likely to experience FGC during adolescence. The practice is part of their initiation into Liberia’s secret women’s society, the Sande, although FGC is also reported to be performed on girls who are not members.

Legal. Liberia is one of the three African countries that practice FGC, alongside Mali and Sierra Leone, yet to ban the practice. In January 2018, Liberia’s former leader Ellen Johnson Sirleaf imposed a ‘one-year ban’ on performing FGC on girls under the age of 18, although this was criticised as unenforceable by campaigners.

The House of Representatives’ removal of all references to FGC within the 2017 Domestic Violence Act followed intense political pressure and concern about prohibiting what is considered a cultural tradition.

The 2018 Executive Order, banning FGC on girls under 18 and on women over 18 without their consent, might appear to represent real progress. It will, however, expire after one year. The ban on FGC will have lapsed in January 2019 if not enshrined into Liberian national law.

There is no national strategy or action plan for combating FGC, which hinders grassroots organisations, international NGOs and activists working with communities to advocate for an end to this harmful practice.

Without FGC legislation in place, Liberia’s Penal Code and Children’s Act could arguably be used to address the practice. They do not appear to have not been used to bring FGC successful prosecutions to date.

The prevalence of FGC in Liberia has almost halved within three decades. Liberians living in urban areas that have greater wealth and access to education are less likely to support and undergo FGC than their rural counterparts.

Given the taboo nature of FGC in Liberia and the sensitivity of direct questioning, actual prevalence data is not available. Instead, the strong link to Sande society initiation rituals is recognised by the DHS and their prevalence estimates use Sande membership as a proxy for FGC prevalence.

The DHS 2013 does not show prevalence of FGC by ethnic group. However, according to a 2011 report*,  about half of Liberia‘s 16 ethnic groups subject women and girls to FGC; the Mende, Gola, Kissi and Bassa with particular frequency, whereas the practice is virtually unknown among the Kru, Grebo and Krahn, the Muslim Mandinke and the American Liberian population. 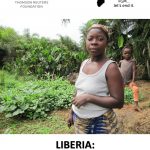 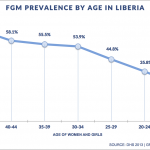 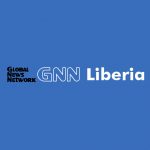 National Human Rights Action says it plans to petition the National Legislature to abolish the practice of FGC in Liberia, Global News Network Liberia, May 2016

‘There has been too much discussion and not enough action’ – Equality Now urges President Johnson-Sirleaf to do more to end FGC, The Guardian, April 2016 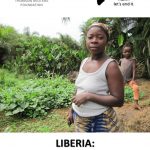 Liberia: The Law and FGM