Home   |   Where does FGC happen?   |   Tanzania
View all regions
View all countries

The most widely practised form of female genital cutting (FGC) in Tanzania is Type II. Type III is confined to the eastern part of the country in areas bordering Sudan.

Girls generally undergo FGC as infants under 5, or past the age of 13.

Almost all FGC in Tanzania is carried out by traditional practitioners.

Illegal since 1998. The law does not explicitly cover medical practitioners and does not cover those above 18 years who may be pressured into being cut.

The Tanzanian FGC law has gaps: it lacks clear definitions of FGC practices, does not criminalise failure to report or explicitly cover medical practitioners. Legislative protection for girls and women at risk of FGC could be strengthened if the 2016 regional EAC Act were fully enacted in Tanzania.

Enforcement of anti-FGC laws is variable. A lack of police resources and social pressures on victims to withdraw cases often mean they do not proceed through the Tanzanian courts. Enforcement is often weakest in rural areas, where prevalence rates are highest. It is reported that FGC often takes place in secret to avoid detection.

By ethnicity and religion:

Of the regions that practise FGC, those that are predominantly Christian have the highest prevalence rates. 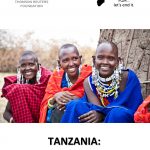 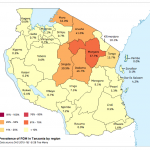 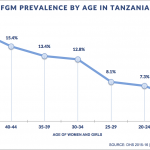 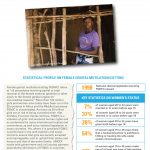 National Assembly Deputy Speaker urges public to join efforts in the battle against violence on women, emphasising on FGM in Tanzania, All Africa, February 2017

Tanzanian and Kenyan border police forces agree to cooperate in the fight against FGM, All Africa, December 2016 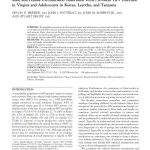 Male and Female Circumcision Associated With Prevalent HIV Infection in Virgins and Adolescents in Kenya, Lesotho, and Tanzania 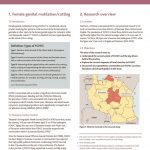 Made in the image of God: The role of the church in ending FGM/C in Tanzania