Home   |   Where does FGC happen?   |   Zimbabwe
View all regions
View all countries

There are no national statistics on female genital cutting (FGC) in Zimbabwe, but there are reports of the practice occurring within some communities.

Unknown. There are reports that girls in the Ramba ethnic group undergo Type III FGC (infibulation). There are also reports of labia elongation in some groups, which falls under Type IV FGC.

Unknown. Labia elongation is thought to be encouraged around puberty.

Zimbabwe has no specific legislation regarding FGC, although the Domestic Violence Act of 2007 prohibits domestic abuse derived from any culture, including FGC.

The impact of FGM on Shangani women in Zimbabwe, International Journal of Human Rights in Healthcare, Mutanda and Rukondo, 2016 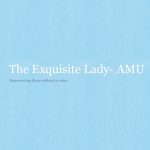 Elongating the labia, a form of FGM in Zimbabwe? Chronicle, 2017 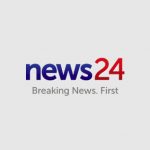 Zimbabwe
Share this page:
Donate now, we need your help