Home   |   Where does FGC happen?   |   Colombia
View all regions
View all countries

There are approximately 250,000 people living in Colombia who identify as Embera-Chami, the only group known to have practised female genital cutting (FGC).

There has been no national study of FGC conducted in Colombia.

Type I and II forms of FGC have been reported among the Embera-Chami tribe.

FGC is thought to typically be carried out within the first couple of weeks after birth.

Research carried out by the Embera-Chami tribe with support from the UN, found that FGC is not indigenous to Colombia, but had been brought over during Spanish colonial rule.

The Embera-Chami, which is the only group known to practice FGC in Colombia, publicly committed to ending FGC in 2012.

Prevalence rates are unknown, however the tribe leaders committed to total abandonment by 2030. 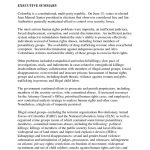