Home   |   Where does FGC happen?   |   Djibouti
View all regions
View all countries

The most widely practised form of female genital cutting (FGC) in Djibouti is Type III.

62% of girls in Djibouti undergo FGC between the ages of five and nine.

More than one in five girls underwent FGC before the age of five, as reported by their mothers.

78% of FGC is performed by traditional practitioners and 21% by health providers.

Illegal. Anti-FGC law has been in place since 1995.

During phase II of the UNFPA-UNICEF joint programme on FGC (2014-2017), 102 communities publicly declared the abandonment of FGC, involving 610,891 individuals.

Despite these initiatives and legislation, Djibouti still has one of the highest FGC prevalence rates in the world along with Somalia, Guinea, Egypt and Sierra Leone. There has been some movement from Type III to Type II, rather than complete abandonment.

Despite government and legislative initiatives, and the activities of the UNFPA-UNICEF Joint Programme on FGC in five of Djibouti’s six regions, FGC has not been reduced significantly. Nearly as many adolescent girls undergo FGC as compared to older age groups of women.

FGC in Djibouti shows a high prevalence across all regions. The prevalence of FGC among women aged 15-49 in the capital region of Djibouti is slightly lower than elsewhere, at 92.9%.  The prevalence in the rest of the country is 94.9%. 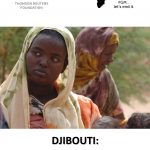 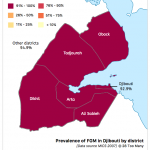 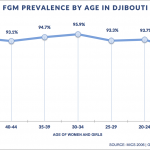 FGC prevalence trends by age graphic, 28 Too Many, June 2017 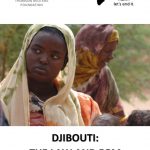 Djiouti: The Law and FGM