Home   |   Where does FGC happen?   |   Mauritania
View all regions
View all countries

The most commonly practised forms of female genital cutting (FGC) in Mauritania are Type I and Type II (73.9%). Type III is also practised but with a lesser prevalence of 3.2%.

FGC in Mauritania is performed on girls under five in 80% of cases.

Illegal, if performed on a minor. There is no protection for women over 18, however.

The UNFPA-UNICEF joint programme on FGC has worked with Mauritania’s Ministry of Social Affairs, Childhood and the Family, and Ministry of Justice, to harmonise legislation and create one law that incorporates FGC.

Phase II of the programme (2014-2017) saw 345 communities make public declarations of FGC abandonment. In 2018, it reported that girls and women’s attitudes have been slowly changing. Half of girls and women aged 15-49 think FGC should end.

Enforcement is weak, and little information is available on prosecutions.

FGC is most prevalent in the south and south-east of Mauritania (over 85%).

Source: UNICEF, based on MICS 2015, UNFPA-UNICEF 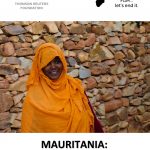 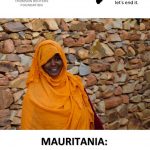