Home   |   Where does FGC happen?   |   Jordan
View all regions
View all countries

Female genital cutting (FGC) is only known to be practised in the city of Rahmah, which has a population of approximately 500 people.

There is little information on FGC in Jordan, however a small scale study carried out by the Jordan Times, ‘Female circumcision still haunts Jordanian tribe in southern Jordan’ (1999) suggested that 100% of women have been cut.

The Jordan Times study suggested that Type I and Type II FGC are most widely practised in Rahmah.

The same study carried out by the Jordan Times suggested that girls are cut between the ages of 8 and 12.

There is no law banning FGC in Jordan. Government officials say that this is because FGC is contained to the small population in Rahmah, rather than a lack of interest in supporting abandonment of the practice.

FGC is thought to have come to Rahmah through nomadic Bedouin tribes’ migration. Bedouins roamed across the Wadi Araba region until forced to settle in areas bordering Israel in 1967.

The silence around the practice in Rahmah was broken in 1999 after social workers came across it while conducting a study on the community’s health needs. Their findings resulted in an article being published in a newspaper, which made the existence of FGC in Jordan public. 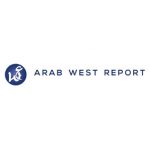 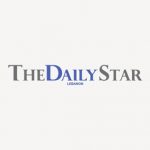 The Jordanian town that still circumcises women, The Daily Star, 2003

Jordan
Share this page:
Donate now, we need your help