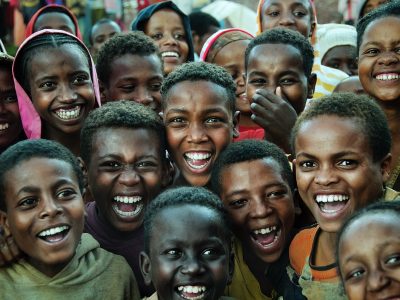 Ethiopia is a nation in the midst of major change. After 20 years of violent conflict with Eritrea that claimed thousands of lives, a momentous peace agreement was agreed in July 2018, which United Nations Secretary General Antonio Guterres characterised as “…a new wind of hope blowing across Africa”.

Prime Minister Abiy Ahmed, newly elected in April this year, is at the forefront of this progression. As well as pledging to end the conflict, he also vowed to bring greater transparency to government and internal reconciliation with Ethiopia. Since these promises were made, increasing calls for restrictive laws to be repealed, including those affecting civil society, have resulted in an independent Legal and Justice Advisory Council being formed. The council will be tasked with reviewing such laws and providing policy recommendations to the government, and a sub-committee will reportedly be in charge of reviewing the country’s restrictive CSO law.

The CSO law (the ‘Proclamation to Provide for the Registration and Regulation of Charities and Societies’) was adopted in February 2009, and is Ethiopia’s first comprehensive law governing the registration and regulation of NGOs. Notably, the law restricts NGOs that receive more than 10% of their financing from foreign sources from engaging in a substantial amount of human rights and advocacy activities. A reversal of this law would enable Ethiopian NGOs to access a realm of new funding opportunities that could exponentially increase the scale and scope of their work on human rights. Not only would this provide greater employment opportunities for local people, it would also help to strengthen a nation fractured by political unrest and conflict. This could also significantly increase the possibility of local NGOs working to end female genital cutting (FGC) using a human rights-based approach, which Orchid Project supports as one of the most effective routes to supporting community abandonment of the practice.

The already growing momentum in Ethiopia around FGC abandonment makes this an opportune moment to upon which to capitalise. Currently, the practice is widespread across the country and is carried out by the majority of ethnic groups in all regions. Types I and II are most commonly practised, although Type III is also prevalent in the areas around the Sudanese and Somali borders. Approximately half of all girls affected will be cut before their first birthday, with the others being cut later in childhood in regions where the practice is more closely associated with early marriage. Yet in spite of its widespread nature, the national prevalence rate of FGC has dropped significantly from 74% to 65% over the last decade, signalling a positive movement for change.

Particularly exciting is the declining prevalence of FGC when data is disaggregated according to age group: whilst prevalence remains high at 75% for women aged between 35-49 years, it is considerably lower for the younger age cohort of adolescent girls and women aged 15-19 years, at a rate of 47%. Given that the population of Ethiopia is projected to double within the next thirty years, it is vital that the rate of decline continues in order to dramatically reduce the number of girls at risk. In spite of an ever-expanding population, the young age structure of the nation is favourable. The fact that approximately 45% of citizens are under the age 15 not only bolsters Ethiopia’s potential for a demographic dividend, but will hopefully also lead to further decline in FGC for future generations as the social norm shifts within the expanding youth demographic.

Within Ethiopia’s shifting political landscape, support for FGC abandonment is also strong. At the European Development Days 2018, Demitu Hambisa Bonsa, Chief of the Staff of the Cabinet and Prime Minister’s Office, shared the country’s ambitious commitment to achieving a prevalence rate of 0.5% by 2025. This goal is supported by the National Strategy and Action Plan on Harmful Traditional Practices against Women and Children, launched in 2013, and is further re-enforced by the establishment of the National Alliance to end FGC and child, early and forced marriage (CEFM).

Orchid Project is delighted that Ethiopia’s enabling environment for the abandonment of FGC is gaining strength, and we will continue to observe further developments in light of the ongoing review of legislation. It is vital that this momentum for positive change continues to grow so that future generations of girls will remain free from harm and live in a world free from FGC.