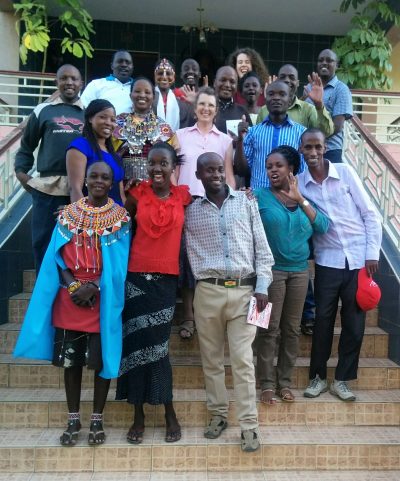 We held our third Knowledge Sharing Workshop from 17th to 19th January 2017 in Narok, Kenya. The workshop was facilitated by Lucy Walker, our Programmes Manager, Cess Mugo, Programme Manager at Education Centre for the Advancement of Women (ECAW), Orchid Project’s partner, and Kathryn Newell-Jones, Consultant in global education, research and training.

The workshop is based upon the ‘six elements for the abandonment of FGC’ developed by Unicef using academic theory and lessons learned from such field experiences as Tostan in Senegal and Deir el Barsha in Egypt. These six key elements can contribute to transforming the social convention of cutting girls and encourage the rapid and mass abandonment. An underlying theme is application and the workshop concluded with how learning may be adopted and used within the activities of attending organisations.

The photos below show one example of an activity used to teach each element as well as the feedback participants shared.

Element 1: Community education which is not forced or judgemental with a focus to fulfil human rights & empower girls & women 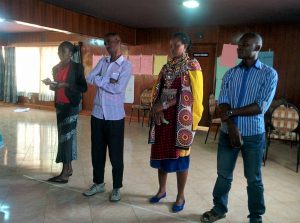 Power Walk activity: volunteers started on a line in the middle of the room to represent equal power. Each participant was given an identity at random and they were asked to step forwards or backwards depending on whether they felt they had more or less power.

“Thinking about the power of the community was useful in recognising that they can make decisions to bring about change. I will apply this by ensuring meaningful participation of the community in our programme to help realise effective change” (anonymous participant)

Element 2: Dialogue and discussion that unearths the consequences of the practice and hidden opposition to it 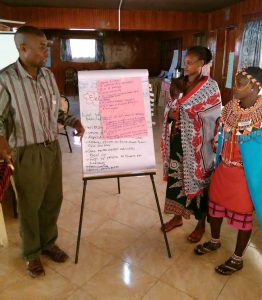 Participants present cultural, social and environmental factors of FGC and to what extent their organisations address these factors

Group 1 (comprising of representatives SAFE Maa, SAFE Samburu, COVAW and RWAYDO) explained that many of them were working to address cultural factors, including supporting community-led dialogue to discuss sensitive issues and developing an alternative rite of passage to maintain culture and the transition to womanhood without the cut.

Element 3: The collective choice of a group that intermarries/is closely connected with engagement of all those involved (below left image) 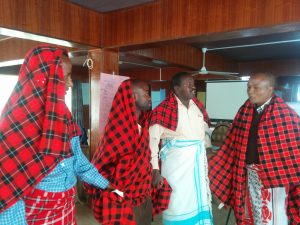 Game Theory Game: to describe, understand and explain interdependent action, i.e. what one family choose to do depends on what other families choose to do.

Group 1 shared that “the Game Theory Game was useful as it shows that it is possible to end FGC. The game starts with just three people changing and in the end the entire community is transformed due to constant dialogue facilitated by transformed change agents. We will use it in public barazas and workshops.”

Element 5: Organised diffusion to ensure the decision spreads rapidly from one community to another and is sustained 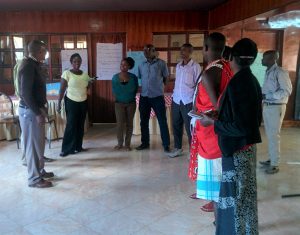 Upon reflection of the activity, one group shared that “the play showed how we can progress in bringing change to the community, emphasising that one person alone cannot stop FGC. It enables people to share experiences and continue the dialogue. It shows a better approach: go and meet leaders to discuss and then meet with the community, discuss and share. It shows the need to not just go with your own views but to ask for views on how our community can change and what alternatives there are. It also showed the need to spread the message to other communities”

Element 6: An environment that enables and supports change, designed to build on these other components 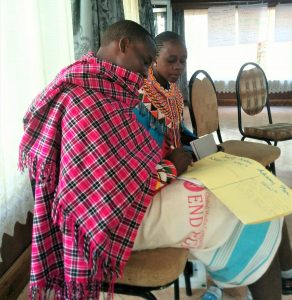 Participants made Advocacy Plans for their organisations, showing:

WHAT changes you want to happen

WHO can make those changes happen and

HOW you can convince them to make change

In small groups, participants discussed how they would define advocacy, presenting to the group what they felt advocacy was.

One example was: ‘the activities of an organisation which aim to influence decisions for better change, e.g. the First Lady of Kenya advocating on maternal health and establishing maternal clinics”

Each organisations’ plans were exhibited in the Advocacy gallery, enabling participants to learn from others. 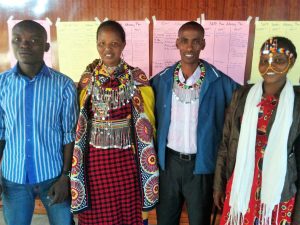 Facilitation techniques and and incorporating the 6 elements into work 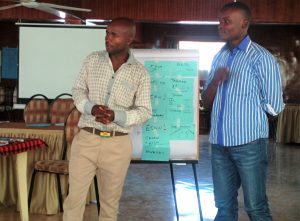 Benson and Kenneth (ECAW) facilitated the group in open dialogue, dividing the group into men and women to share more personal issues. 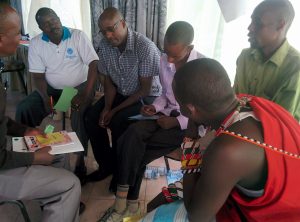 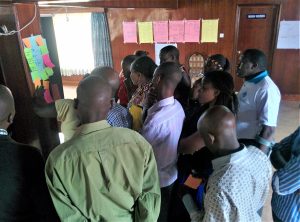 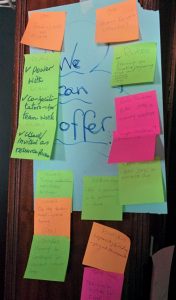 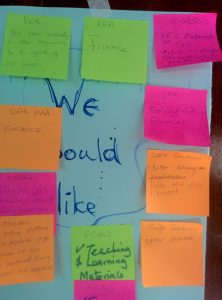 COVAW requested someone to develop a social network for the group which SAFE Samburu and KEA offered to do.

“Great opportunity for networking”; “I interacted with many different organisations” (anonymous participant)

“At the beginning I felt fearful of speaking out and now I am empowered and have the courage to speak out and do things in my community” (Lydia, KEA).

“I didn’t know I can use one minute to pass information. I have realised that people with less influence like youth have power, can make decisions and make a difference” (Shashon, SAFE Maa)