3.9 million girls are at risk of female genital mutilation/cutting (FGM/C) every year. On the 2nd June 2019, for the first time ever, NGOs and grassroots organisations came together at the Women Deliver conference around a common goal: to end FGM/C by 2030 and to support survivors of the practice. This is our Call to Action.

FGM/C is happening on every continent except Antarctica: it is a global issue that needs a global response, which is why we have come together – across Asia, Africa, Europe and North America – to build a unified platform for action. Together, we represent no less than 38 countries from all regions of the world. The time has come to make FGM/C a global priority, in the same way the community responded to urgent global epidemics, such as HIV/AIDs.

FGM/C is a violation of the human rights of women and girls and must be ended in all its forms. Whole communities must be mobilised and empowered at the grassroots level if we are to end FGM/C – women and girls, men and boys, traditional and religious leaders, health workers and policy makers. During the opening plenary of the Women Deliver conference, His Excellency Uhuru Kenyatta, President of Kenya, committed to end FGM/C in Kenya by 2022. We welcome this and call on all global leaders at the conference, and beyond, to commit to end FGM/C. 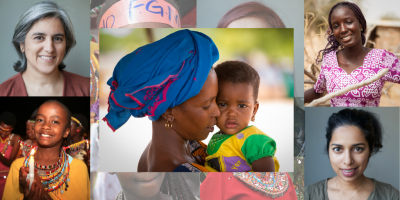 To put an end to the harmful practice of FGM/C, we will work in partnership with each other, all communities, governments, donors, multilateral bodies and others to end the practice by 2030 in line with the Sustainable Development Goals (SDGs) determined by the UN. Together, we will challenge the social and gender norms by addressing the root causes of gender inequality at the community level, including gender stereotypes, unequal power relations, and negative social norms. Because this is what holds the continuation of FGM/C in place: control of the female body, of women’s sexuality and of their freedom to decide for themselves.

We must also acknowledge our current failure in providing adequate support systems for FGM/C survivors. We need to provide security and protection, targeted research and resources to enable health and emotional wellbeing as well as post-trauma support. We also need to better understand and respond effectively to adaptations to the practice which continue to violate women’s rights, such as medicalisation, cross-border practices, and lowering the age at which FGM/C is carried out.

Investment is needed in increased and better research into what is working, and what is not working, to end FGM/C. Funds should be more flexible, sustainable and accessible for communities. We need an integrated, intersectional approach to ending FGM/C, recognising the connections with other forms of gender-based violence and linking with existing movements. We are focused on coming together and working collaboratively to address what existing gaps there are, making sure that FGM/C is a practice of the past.

Note: Following this announcement, in November 2019 we launched a Global Platform for Action to End FGM/C, profiling this call to action, which you can now sign up to.

There is No Limit Foundation

The Inter-African Committee on Traditional Practices

It is estimated that 3.9 million girls and women underwent the practice of female genital mutilation/cutting (FGM/C) in 2015 alone (source: UNFPA). FGM/C comprises all procedures that involve partial or total removal of the external female genitalia, or other injury to the female genital organs for non-medical reasons.

FGM/C is recognised internationally as a violation of the human rights of girls and women. It reflects deep-rooted inequality between the sexes and constitutes an extreme form of discrimination against women. It is nearly always carried out on minors and is a violation of the rights of children. The practice also violates a person’s rights to health, security and physical integrity, the right to be free from torture and cruelty, inhuman or degrading treatment, and the right to life when the procedure results in death.