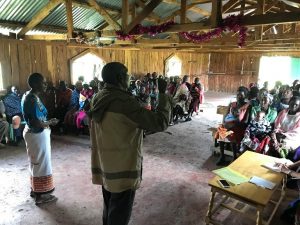 By Katy Newell-Jones and Jenna Richards

Nelly Maiciurani is a young, unmarried Maasai woman from Ololulungo, volunteering at Narok hospital. She is also a Community Activist for Orchid Project’s partner Coalition on Violence against Women (COVAW) working to end female genital cutting (FGC) in Narok. As well as being a respected and trusted member of her community, she is passionate about women’s empowerment.

In her role, Nelly’s been involved in community dialogue and represented COVAW at Orchid Project’s Knowledge Sharing Workshop (KSW) in Narok in March 2018. At the beginning of the workshop she was quietly taking on new ideas though lacking confidence. Throughout the week she participated actively, sharing experiences and reflecting on how she’d been working in the community so far. As the workshop went on and Nelly participated in activities, she told us she realised the value of non-judgemental, open dialogue and how it could improve the way that COVAW staff speak with communities through dialogue forums.

Towards the end of the workshop Nelly was involved in devising role plays, storytelling and visioning activities to take forwards to her community, all the while becoming more assertive and sharing her new insights enthusiastically. “You take the blank paper to the community” she emphasised, when speaking about working with community groups. “It shouldn’t be our vision, but theirs.” 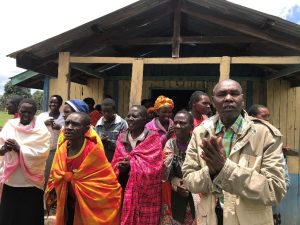 Five days after the KSW, Nelly was proud and excited to invite Orchid Project to participate in a planned community dialogue forum in Ololulungo. Instead of using the opportunity to give information about the complications of FGC herself, she used the space to share a short story in the local language, Maa, about a young woman who was cut but married into a non-cutting community.

Nelly used the story to stimulate the group in open dialogue encouraging female and male community members to exchange ideas and share personal experiences and other stories. Reasons that were discussed by the community in support of stopping cutting included: health complications; the threat of legal action; religion; and problems with marital relationships.

Myths discussed by the community that supported cutting included: an uncut woman not being able to cook ugali for her husband; and the blood from her period smelling bad. The lively discussion, which was good humoured and wide-ranging, saw community members agreeing and disagreeing with each other in both challenging and supportive ways. The forum finished with many community members sharing their commitments for change including talking with their neighbours about the discussions.

After the forum, Irene Kiyoni, a young mother with two children, who had attended five forums organised by COVAW said: “The forum today was different, people were talking more, listening to each other, there was more disagreement and debate. I’m excited for the next forum. My daughter will never be cut, not even the kisasa.”

Florence Mwikali, Programmes Manager at COVAW said: “The story meant a lot to the community members – they felt it could have been about their own daughters and so offered many solutions, including stopping cutting their girls so they could marry into other communities and mothers and fathers sharing responsibility for decision making about FGC.” 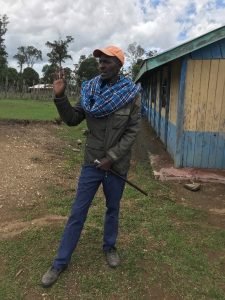 Leshao Ole Kirorei, a male community leader, who has five sons, never misses a COVAW forum. “Today, Nelly’s story helped people talk and they got more understanding of each other. In Maasai culture being less direct, like using a story, works to engage people more. Those who still cut, do so in secret because of the law. The community is changing but those who do not cut need to talk more in barazas and other places.”

Nelly said: “Today I’m so happy, people left their shambas and cows to join us. I think the story really touched people, I was non-judgemental and I gave more chance for discussion. There was also more detail and exchange in this forum than any other and so they have gone with something new that they learned from each other.”

This community forum gave Orchid Project a chance to see the genuine impact of KSW participants changing their approaches when working with the community and applying UNICEF’s six elements of abandonment to end FGC.