In Somalia, East Africa, 98% of girls currently undergo female genital cutting (FGC); one of the highest prevalence rates out of the 30 countries where national data is collected around the practice. In Somaliland, there is no such national data to show how common FGC is amongst communities, and it is an area that was under-researched until Orchid Project-led research carried out in 2016/17 brought new insights and greater understanding informing the national discussion. However, new research carried out Orchid Project and Somaliland Family Health Association (SOFHA) and supported by Population Council, has found changes in relation to FGC in Somaliland. There is increased dialogue around the topic of FGC in the region, and the type of cut is changing, as is the person who delivers the cut. An ongoing challenge is how communities and key decision-makers in Somaliland face difficult decision-making dilemmas which could be key to ending FGC in this region.

FGC happens in Africa, the Middle East and Asia, as well as in diaspora communities in Europe, North America and Australasia, and is a deeply entrenched social norm held in place by expectations around a woman’s virginity and “purity”, and is typically a requirement for marriage. The practice has wide-ranging, lasting health impacts on the lives of women and girls, and can lead to severe complications including the inability to pass urine and menstrual blood, constant pain, difficult sexual intercourse, obstetric complications and in some cases even death at the time of the cut or from subsequent infection.

In the Somaliland context, there are different types of FGC. The type of cut young women and girls undergo in this area has historically been the ‘pharaonic’, which the World Health Organisation (WHO) classifies as FGC type III (infibulation) but there has been a generational shift in the practice. Our research, which interviewed people in 5 of the 6 regions in Somaliland, including Awdal, Maroodi Jeex, Sanaag, Saacil and Togdheer, found that women and girls between the ages of 15 and 24 increasingly undergo an ‘intermediate cut’, also known as ‘sunna 2’ (WHO type II, two or three stitches) and ‘sunna’ (WHO type I, no stiches).

There is also evidence of a growing trend towards the medicalisation of cutting in Somaliland, which appears to be most prevalent in urban communities, especially for girls who have had formal schooling. Our research found that 90% of men and women want to see some kind of abandonment, but with only 5% wanting to see complete abandonment of FGC. This means many people want to see sunna or sunna 2 carried out, rather than the pharaonic type, which has historically been carried out in Somaliland. Our research concluded that focusing on accelerating the change from the pharaonic and the intermediate cuts to the sunna would result in a substantial reduction in physical harm to girls and women over the lifetime of the project, however, the goal of complete abandonment must be kept firmly in sight. 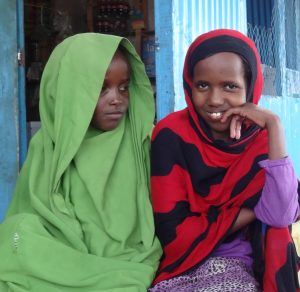 The trend for individuals wanting to see a different type of FGC, rather than complete abandonment, is occurring despite the local knowledge and understanding of the severe consequences that FGC can have. Our research found that amongst the 1,847 individuals surveyed (53% female, 47% male) the vast majority understood the complications that came about as a result of FGC, as well as over half of women saying they had experienced severe pain as a result of being cut. There is also a high level of awareness around the different types of FGC. As our assessment says, “these findings suggest that decisions about cutting are being made despite people knowing about the types of cut and many of the complications involved.” This suggests that lack of knowledge is unlikely to be the main reason that FGC is continuing. When deciding whether to have their daughters cut, parents are faced with a dilemma: their understanding of the risks is juxtaposed with a deeply entrenched social expectation for girls to be cut.

Many individuals taking part in the baseline assessment said they do not have the opportunity to talk about the dilemmas they face around FGC. In workshops, community meetings and awareness raising sessions, they said they are expected to be passive listeners rather than active participants. When offered opportunities to exchange experiences in focus group discussions, many began to change their opinions. This finding has significant implications for how sessions with the full range of stakeholders are facilitated, and suggests that a more interactive and participatory approach would increase the likelihood of attitudinal and behaviour change in relation to FGC.

Only a few schools are actively involved in the movement towards abandoning FGC. Advice to girls and parents from schools is often limited and can be based on the efforts of individuals teachers. This is despite our study showing that 84% of teachers felt schools had a part to play in ending FGC. SOFHA is committed to working through schools to promote complete abandonment of FGC, as well as opposing the growing trend towards the medicalisation of the practice. For progress to be made towards complete abandonment, teachers and midwives need to be provided with the right training, so they can support women, girls, and parents in their decisions around cutting. It is vital that communities are able to discuss the dilemmas they face around FGC decision making more openly, to begin to shift social norms and to work together towards ending the practice in Somaliland.

Somaliland Family Health Association works in the field of reproductive health in Somaliland as well as all of its crosscutting issues. In Somaliland, there is no issue more interwoven into women’s health than FGM/C. SOFHA is determined to see the end of FGM/C in one generation and is working with local and international partners to develop and implement evidence-based interventions.

Population Council confronts critical health and development issues—from stopping the spread of HIV to improving reproductive health and ensuring that young people lead full and productive lives. Through biomedical, social science, and public health research in 50 countries, we work with our partners to deliver solutions that lead to more effective policies, programs, and technologies that improve lives around the world. Established in 1952 and headquartered in New York, the Council is a nongovernmental, non-profit organisation governed by an international board of trustees.