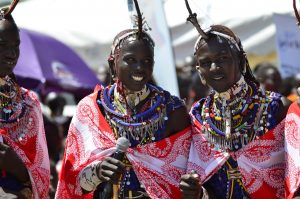 I’m on my way home through a dismal February-London, and it already feels as if the exuberance, gravity and joy of the gathering I have just been privileged to witness in the Loita Hills of Kenya is far behind me.

What I saw there was not an everyday occurrence. 3,000 Maasai came together to publicly declare they are no longer going to practice female genital cutting, marking a monumental milestone in the Kenyan movement to end the harmful tradition.

It took years of preparation, pioneering spirits, and commitment to listening and talking openly, all through the work of Orchid Project’s grassroots partner, SAFE Maa. At the heart of the movement I’m talking about is a deep desire to protect girls and allow them to flourish.

It started around ten years ago when S.A.F.E. Kenya were working to prevent the spread of HIV. Their approach of using traditional theatre and song interwoven with human rights messages, spread to Loita, 8 hours drive from Nairobi, where Maasai farmed their land and grazed cattle.

As conversations about HIV and health were starting to happen, it stirred something within one woman in Loita, Sarah Tenoi, who began thinking about her experiences of a long-held tradition which can have grave consequences for women and girls’ health, but was shrouded in secrecy: female genital cutting (FGC).

Sarah knew all too well the impacts cutting can have on a woman’s life, and decided to make it her mission to challenge the practice. One of the biggest barriers she faced was that cutting was seen as an integral part of Maasai culture; a rite of passage for girls to become women.

Sarah shared her quiet yet breathtaking vision with her friend, and project manager for S.A.F.E., Amos Leuka, and together they decided to take the issue to the village elders. Over the next several years, the team opened up conversations about human rights in the community and raised awareness about cutting through traditional song, dance and theatre.

In December 2017, a surprising breakthrough created an opportunity. Kenyan authorities were cracking down on cutting within Loita, resulting in girls being cut secretly to evade detection, rather than in a public ceremony.

While it’s difficult to ever take a silver lining from girls undergoing the cut in any circumstances, this trend highlighted that cutting was no longer being practised as part of the rite of passage. The cut didn’t have to take place for a girl to become a woman.

What happened next was S.A.F.E. gathered 42 cultural leaders, who are often custodians of cutting, to discuss a non-harmful alternative rite of passage. Amos and Sarah shared that traditional cutters had devised a ritual which involved pouring cow’s milk over a girl’s thighs, instead of cutting her.

The cultural leaders wholeheartedly agreed to publicly bless the new ritual and lead the Loita community in abandoning cutting.

The International Day to End FGC 2019 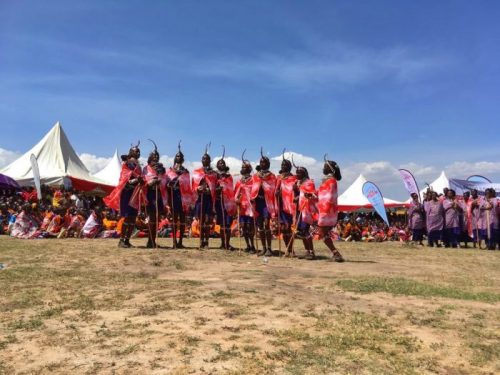 So on Feb 6, the international day to end FGC, 3,000 Maasai gathered to witness cultural leaders bless the new rite and commit to leaving the practice behind.

As a proud partner of S.A.F.E. and a supporter of their work to end to cutting in Loita, it was electrifying to witness.

I met young Maasai warriors, visitors from nearby Samburu and Garissa, Maasai from across the Tanzanian border, and I sat peeling potatoes (to much laughter) with local women in preparation for the gathering.

I saw incredible performances which emphasised the day’s truly historic nature with both humour and humanity. I witnessed a community in the midst of true social change.

This doesn’t mean cutting has ended definitively in this region but, crucially, it marks an intention to stop cutting. This public commitment to stop cutting will make it possible for social norms to shift, until girls are no longer cut, while upholding non-harmful parts of Maasai culture.

Social change takes time. We must continue to fund at the grassroots and support communities to lead change, allowing for mistakes as well as triumphs.

As Amos hugged me goodbye, tears of gratitude welled up in our eyes.

“There is a Maasai saying,” he said, “there is no such thing as a simple parting, when the heart is involved.”

I’ve may have left a bit of my heart in Loita, but I think it’s safe there, and it will continue to witness change spreading, for so many girls, for years to come.

This blog was originally published by the Thomson Reuters Foundation. Orchid Project is grateful for generosity of the Swarovski Foundation in support of our partnership with S.A.F.E.