Filzah is currently working at The Association of Women for Action and Research (AWARE). She is the Project Coordinator for the UN-funded project called “Gender Equality Is Our Culture!” which works to reclaim culture as gender-equitable.

Filzah conducts workshops on sex education, consent and healthy relationships. She is also one of the contributors to “Beyond the Hijab“, an online blog for women in Singapore to share stories about their experiences as women reconciling the demands of their religion and the pressures of the modern world.

In partnership with Wadi, AWARE hosted a FGM/C Conference in Singapore earlier this year – the first of its kind in South East Asia (see below images).  Participants from Malaysia, Thailand, India and Singapore attended to share understanding and experiences of FGM/C and to discusse best strategies to end the practice. Filzah represented AWARE on the panel, alongside three members of Sahiyo, a group dedicated to empowering Dawoodi Bohra and other Asian communities to end FGC and create positive social change. Diverse speakers exposed vast differences between countries affected. Panelist Huda Longdaewa explained that FGM/C is largely deprioritised in Thailand.  Afiqa Ab Rahman shares her thoughts from the conference. 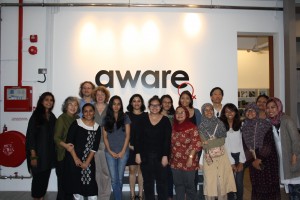 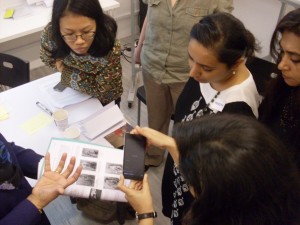 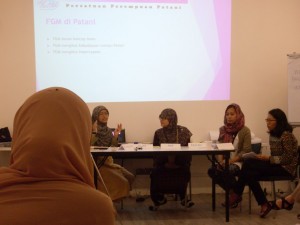