Orchid Project partner with trailblazing grassroots organisations that are supporting abandonment of female genital cutting (FGC) within communities around the world. Together with our partners in Kenya, Senegal, Gambia, Guinea, Guinea Bissau, Mali and India, we recognise FGC as a social norm, which is held in place by an entire community. One of the most effective ways to support sustainable abandonment of FGC is through non-judgemental, human rights-led education, allowing communities to choose to end the practice.

Tostan works throughout West Africa, in Senegal, Mali, The Gambia, Guinea and Guinea Bissau. Since 1991, Tostan has supported nearly 9,000 communities across West Africa to publicly declare that they’re abandoning FGC. This is made possible through Tostan’s holistic 30-month Community Empowerment Programme (CEP) delivered by local staff in local languages.

Orchid Project has partnered with Tostan since 2011 to support social mobilisation across Senegal, and since 2019 in Gambia, Guinea, Guinea Bissau and Mali. This initiative supports teams of volunteers from villages that have already abandoned FGC, to spread the message and encourage other communities to join them.

S.A.F.E. is working in Kenya to support community-led change to end FGC. Orchid Project has partnered with S.A.F.E. since 2013, supporting their “SAFE Maa” team, that works within the Maasai of Loita Hills, and the “SAFE Samburu” team, that works with the Samburu community in Westgate Conservancy. S.A.F.E.’s programmes are developed by local staff and members of the Maasai and Samburu communities. Their staff create non-judgemental spaces to enable discussion around FGC. S.A.F.E. spreads the word of FGC abandonment through traditional song and dance interwoven with human rights messaging.

The SAFE Maa team has developed a unique alternative rite of passage (ARP) in partnership with local traditional birth attendants (TBAs) who are also traditional cutters. After dialogue workshops from SAFE Maa, the TBAs wanted to create a non-harmful passage to womanhood that allows girls to remain uncut. SAFE Maa promotes the ARP during their workshops and performance tours. The SAFE Samburu team started their programme in 2015, replicating the successful approach of SAFE Maa that resulted in more girls going through the ARP. SAFE Samburu has also developed a network of village representatives who provide education at village level, to support their project.

Coalition on Violence Against Women (COVAW)

COVAW works throughout Kenya on three key strands of work: access to justice, movement-building, and advocacy and communications. Orchid Project is supporting COVAW to develop its project work, which focuses on shifting negative social and gender norms and attitudes that perpetuate FGC among the Maasai in Narok.

Education Center for the Advancement of Women (ECAW)

Our former partner ECAW is a grassroots organisation that has been working for the rights and empowerment of girls and women in Kuria, South West Kenya, since 2006. Between 2016 and 2019, alongside UK-based Feed The Minds and supported by Young Women’s Christian Association Kenya (YWCA), Orchid Project partnered with ECAW to deliver a programme that fostered a movement for change in five rural villages in Kuria, supporting “champion girls” and paralegals who spread the message across the region of how FGC can end. ECAW raised awareness through community outreach, workshops, school clubs, dialogues and advocacy, to support community abandonment of the practice.

Sahiyo is a transnational collective working in India, the US and with South Asian diaspora communities around the world. Their mission is to empower communities to end FGC, with a specific focus on the Dawoodi Bohra community. Based in the US and India, Sahiyo advocates for global recognition of the practice in Asia and the Middle East by lobbying governments, producing FGC research, and running media training workshops. Sahiyo engages locally with South Asian communities to find a collective solution to ending FGC and supports Dawoodi Bohra activists working to end FGC via discussion events.

The Asian-Pacific Resource and Research Centre for Women (ARROW) 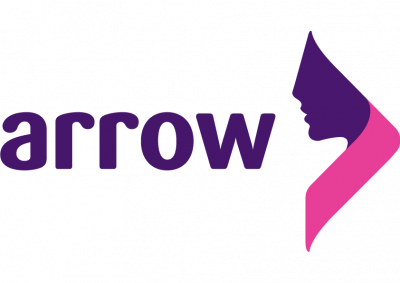 ARROW was established in Kuala Lumpur, Malaysia, in 1993 and over the last 27 years, ARROW has been working to advance the rights of women and young people throughout the region, in collaboration with other women’s rights organisations, youth-led and youth-serving organisations, and NGOs working on sexual and reproductive rights, and health issues. Currently, ARROW works in 17 countries in the region and in partnership with more than 80 national level organisations in these countries. ARROW utilises a gender just, human rights and feminist lens in her work and implements interlinked programmes for advocacy, evidence generation, constituency building, community mobilisation, and information and communications. ARROW works on gender equality and women’s rights, from the essential and critical locus of women’s bodily integrity and bodily autonomy, which enable women and girls to freely decide on matters of sexuality and reproduction, and have the right to consent and the right to a life free from all forms of violence. ARROW is currently working in collaboration with Orchid Project on an Asia Network to End FGM/C.

Latest news from our partners